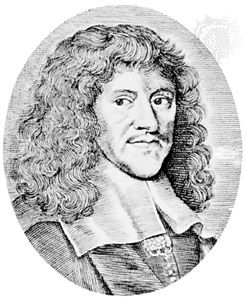 Registration (form in French): over here

N.B.: if you don’t speak the language of Molière, DON’T PANIC ! We provide you a Registration assistance in English over here.

She founds AMARILLIS, a dance company meaning to bring to the public figure dances of the Stuarts’ time and the English inheritance, as well as some aspects of history and literature, with the collaboration of musicians and singers. CHESTNUT takes over in 1998. CHESTNUT took over its predecessor’s artistic activities (creating dance and theatre shows), its teaching (preparing dancers for Balls through a rich program of workshops and classes) and its publication ones (CDs, dance descriptions, articles on Playford and modern dances).

Over the years, Cécile LAYE has build up a strong experience as a dancing master and ball caller (French Renaissance balls/ English figure dances balls, or a mixture of both). She can pass on her taste for and pleasure in elegant dancing to beginners as well as seasoned dancers.

Besides her activities in the field of dancing, Cécile Laye studied dramatic art and staging, graduating at Cours Florent. She also graduated at Eva Ruchpaul’s Yoga Institute and the Paris school of Gestalt-therapy. She played Shakespeare, Molière and Marivaux in Paris and elsewhere in France and takes part in creating new plays and shows, for children in particular.

She draws on both sides of her extensive training, physical and artistic, to develop her teaching method.

Her constant aim is to understand the needs of a given group and of each person making up the group, to build up a class so that each person gradually understands the dance, becomes aware of his/her body and its expressive capacities, be it during a lesson, a ball, or on stage.

French version of this interview on Histoire de bal

Welcome to the Chestnut shop! You will find our CD albums and the link to Bandcamp to get them for download. You will find also their respective brochures (paper or for download) describing the dances they contain. Good shopping ... and good dancing! Dismiss